Have you ever read something and after finishing the book felt soooo confusing that you couldn’t put 2 and 2 together? Well, I’m talking about me regarding this book.
I am a huge fan of the Forbidden Men Series and I’m always happy to see that Linda Kage manages to share with us diversity in her creations. The characters do not have a pattern, the story are so different and each with its own elements, making the couples unique and a pleasure to read about.
Asher and Remy were no exception and after reading the blurb I was super excited to see the outcome of this complicated and funny story.Everything started when Remy, a talented girl, wanted to audition for Asher’s band Non-Castrato. They were lacking a drummer and were in desperate need for one in order to continue with their concerts at the Forbidden Club. Her passion for music started as young, and now she was more than ready to face the band members and blow them away with her talent. Except that she didn’t get in because she was a woman. Really upset about it, she felt that things were not faire, because talent doesn’t know gender. She could handle the pressure of being part of a male band and she will prove it. 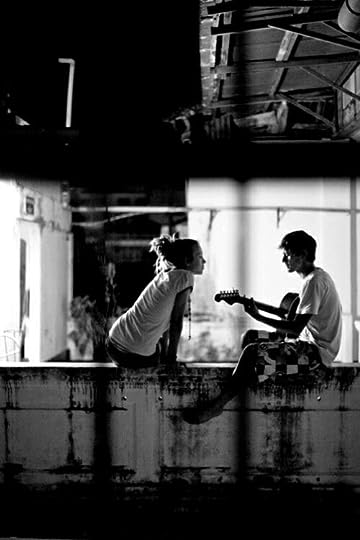 With the help of her roommate, a wax male mask, male outfits and a husky voice, she became Sticks and auditioned again. And guess what?? She got in!!! Her original plan was to expose herself after getting in and shove it in their faces what a pathetic and misogynist band they are. But plans can change when feelings and taste for success are involved. So, Remy will have to keep on pretending to Asher to be a guy for just a little while.. just a little. Yeah right…You will have to discover just for how long and how their relationship will be affected by Remy’s lies.

I liked Asher a lot, I’ve discovered bits and pieces of him in the previous books, but his story really deserved a book. He had a tormented childhood, with a mom that didn’t love him and an abusive father. Music was his only safe haven and he learnt everything by himself. The band is his greatest achievement and wanted to make it work so bad. Having such a rough childhood, love was not in the picture for him, until one karaoke night, he discovered a girl in a Incubus T-shirt that managed to enchant him immediately. He didn’t speak to her, but considered enough only seeing her to realise she was the one. When she disappear from the club, he searched for her for weeks in vain.. But please read the book to discover the connection between Remy and the mysterious Incubus T-shirt girl. He became friends with his new drummer immediately, not knowing he is in fact a woman. He could open up about certain things to him and didn’t have a clue way.. He will soon learn that the heart has a way or recognising things that the eyes have not.

Remy had her heart broken once and was not interested in finding love again. She was focusing on her dream, being in Asher’s band and managing to prove that talent has no gender. She did get in but as a different person. Knowing Asher was not part of her plans. Being a true friend to him was not either, but with Sticks she made both of them possible and in the meantime she fell in love with him. The situation in which she was caught in was very complicated and sometimes I didn’t understand why did she didn’t come clean with all of this sooner. A lie went to another lie and eventually a whole crazy scenario was built in which I was kind of trapped. It is obvious that in the process, hearts will be shattered and you have to see for yourself if Remy and Asher will be together in the end. 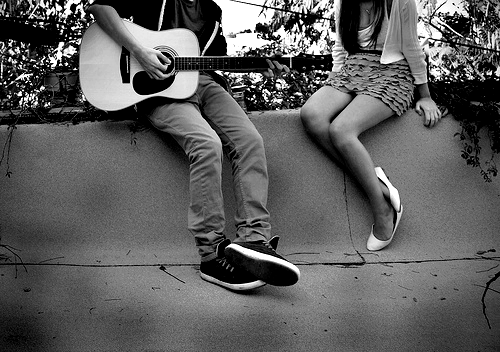 As I said, the story was sweet and funny, but at a certain point it caught me in a daze. All of Remy’s lies were one on top of another and I couldn’t understand a thing. She was really confusing me and I didn’t understood 100% why she couldn’t tell the truth to begin with. I know that she loved him and was afraid of his reaction, but putting that he had some trust issues of his own, her lies only made the situation worst.

Their relationship was kind of complicated and didn’t respect a certain pattern because it didn’t start as we know it should have, male Vs female. No, Remy fell in love with Asher and befriended him a Sticks, only to physically know him as Remy the girl. I know, it is very complicated but I enjoyed it because it was original. I’ve never read a book like this before and my praises to Linda for thinking of this story for Asher.

I also enjoyed seeing the gang together again, I really missed them with all of their ups and downs. And I also loved the Latin influences that Remy had. “Te Amo” had a very funny meaning most of the book, but it will be used properly when the time comes.

To conclude, a solid 4 stars for this book and congrats for this series which never gets old or boring. Moving on to Brandt story because I have a feeling I will love it.