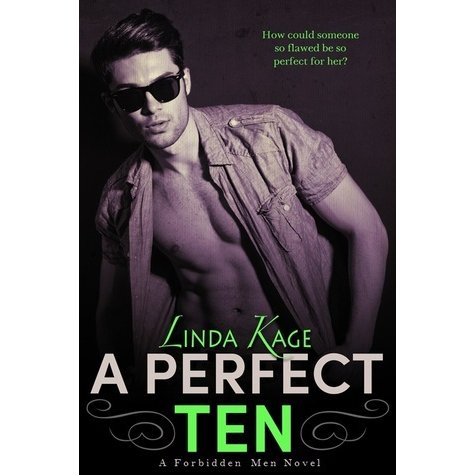 After reading Noah and Aspen’s story this series became a hit for me, because I could enjoy a mix of hot romance, deep feelings and funny dialogues.

My favorite hero from this series is Quinn, but Ten is not very much behind him.
This book was so original that it really deserves a prize. I loved it and enjoyed every minute of it.
We know Caroline and Ten from the previous books and from the minute I read about their first encounter I was absolutely convinced that something will happen between them.

Ten was not my favorite guy in this series, but after finishing this book, he managed to catch my attention and steal my heart with every action he made. He was so funny and crazy in his own way, impossible not to be loved by the readers. In this book we get to live the action through his perspective and we will realize what an amazing guy he is. He is nothing like in the first books and I enjoyed his loyalty to his friends but disliked his man-whore attitude and the way he made Caroline suffer because of this. Now we got to see why he’s been acting like this and probably understand all he’s been gone through in order to forget about his attraction towards her.

I don’t want to spoil anything, but the scene at the end of the book in which (view spoiler) was amazing and I don’t think I’m going to forget it anytime soon.
Caroline was a very pleasant heroine to read about. I liked her attitude, her development throughout the books. She is so strong and considering all the events that marked her, she turned out to be an outstanding girl, with a lot of love to give.

Is not a secret she is in love with Ten, and her patience is kind of running out. After all the suffering she went through, she wants to love openly the man of her dreams. I loved Caroline for her determination and she is an example of fighting tooth and nails for what you want. She broke Ten’s barriers one by one until she could see how deeply he was in love with her too. There were obstacles to pass, especially because of Ten’s whoring past, but as romantic as all might seem to be, love eventually won the battle.

We get to see the characters from the previous books and how they handled Caroline and Ten’s relationship, mainly because they are so different and as I said before, Ten’s past doesn’t help at all.
But to summarize it, it was a fun and enjoyable ride which I totally recommend it. The hot scenes were incredible and very intense, but I have to say that I was a fan of the funny scenes, bonus for Linda for writing them so good and with so much dedication.