This book is officially the saddest from the series! It is impossible that the next 3 will get more heartbreaking or dramatic than this one.

I am truly lost for words and when I think back at what I’ve read, my heart hurts. All of Linda’s books are fantastic, with strong messages behind them, but this one resonated and became louder, brighter and left you with a bitter sweet feeling. You are happy by the end of the story, but in the same time you can’t forget that you’ve read something so sad.

The story begins with our beloved heroine, Felicity, bumping into our hero, Knox, in the middle of the forest. She was there to read and he was trying to escape her brothers that were chasing him over a prank he did. Their families were rivals, rich vs poor, and obviously any type of relationship between its members was forbidden. Despite recognizing him, Felicity didn’t gave him away, and kept quiet so he can escape her brothers. Seeing her noble heart and that she was different from the rest of her family, Knox dared to approach her and soon couldn’t let her go. They were so young and I was caught so deeply in their love, that seemed so sweet and genuine it made my heart melt.

Over the course of the plot, their connection becomes so much stronger and they fell in love, despite their family issues. Until they are force to separate, Knox is sent to prison for rape and Felicity is left devastated.

The book alternates from present to past, having a dual POV, which was perfect, because you get full circle of the plot. You can form an opinion about both characters and live with them intensely.

We know their past, but now our heroes have to face the present. Knox is out of prison, being extremely disorientated of his surroundings, trying to put the missing pieces together and live a normal life, although his traumatic experience in prison left him broken. His path will cross Felicity’s and they will reunite after 6 years of being apart.

I want to stop with sharing the plot with you because this will have to be explore by lecturing the book, but I strongly recommend you to:

Focus on the characters and their evolution

Here I am referring especially to Knox. The young and troubled boy, who was guarded to let anyone in, trusted Felicity and fell in love with her. He opened up to her, shared so many wonderful experiences and gave up the most important thing for him: his freedom. Now, after 6 years, we see another Knox, physically and intellectually changed. Prison marked him and he promised not to drag Felicity into his hell no matter what. He still loves her, but because of this he is willing of letting her go. I was so impressed by his spirit of sacrifice, by his profound feeling towards her and by his story. It was heartbreaking and nobody deserved to go through this, especially a good guy like him. 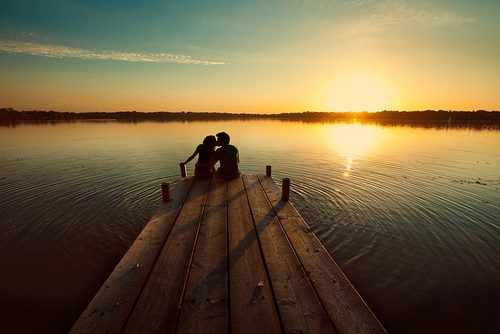 Felicity was a fine heroine for me, a strong and independent girl, that puts justice and loyalty first. She was so in love with Knox and couldn’t move on without having him by her side. After fate puts them together again, she is determined to break all his barriers and win his heart again. She was persistent and determined, cracking every defense mechanism he possessed. She was amazing and genuine, fighting to understand him and proving that love could heal everything.

Feel the message this books sends

After finishing this book, I was impressed by the accent the writer puts on PTSD after prison. This is a very important aspect in a lot of people’s lives and managing it correctly can insure their adjustment in the outside world. Knox suffered tremendously there and after being released, he has changed without possibility of becoming the person he once was. He struggled with burst of anger, temper and violence, endangering the ones he cared about. Felicity was his light, the one that guided him from the dark. But at perfect as it might sound, love can’t always heal 100%. The writer inflicts therapy and sports, such as box or weight lifting, to concentrate the negative energy somewhere and dissolve it. A great bonus for that and you could see what a good research she did when writing this book.

I gave you my thoughts about this book. I was truly impressed and overwhelmed by its intensity and wept a lot, because a lot of injustice happened to our young couple and they didn’t deserve it. No one deserves that kind of pain for being in love..

I also enjoyed the connections that were made between the previous characters and the new ones. You will be surprised by it and happy to see your beloved heroes come together as the big family we all love!!