This is my first book from Whitney G. and I have mixed feelings about it.
I am not a fan of instant love, I prefer a slower and deeper connection that only time can provide, but when I have the chance to read this type of books, expectations are high.

This book was different when instant love is concerned, because for a long period of time I had no clue what our heroes were doing.. I believed that they are attracted to each other, but them something happens and they fight, and then they are back together and I wanted to strangle them..

So let’s begin. As the book says, girl meets boy. Gillian meets Jake at a party which she attends in order to forget about her cheating boyfriend. She needs something different in her life and wants to cross from her list having a one night stands and sex without strings. When she sees Jake, everything in the universe stops and she is very drawn to him. Of course Jake is gorgeous, but extremely arrogant, cocky and ironic. He is the perfect example of a person you want to hate, but end up falling for. They begin a push and pull relationship, with a forbidden element. 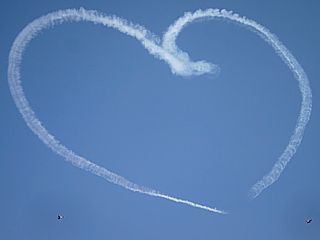 Jake is a pilot and Gillian a flight attendant, at the same airline company. Jake doesn’t do relationships, but Gillian becomes his addiction and he cannot pull away. They engage in a dangerous and adventurous relationship based only on sex, but soon, they will realize the boundaries held up were not strong enough for this feelings to just go away.

Analyzing the characters a bit, I have to say that Jake left me puzzled and speechless. I just don’t know what to say about him. I loved this cocky and funny attitude, his way of answering made me laugh a lot, but in relationship with others he was a disaster. At the age of 38, he was in the situation of not being able to handle an affair with a women, to talk to her and express his feelings. He was very reticent to all that meant communication, getting to know the person better. He was a living contradiction and I often wondered if his background has a strong motive for him to be this way. It is true that his life was a full series of betrayals, beginning with his father and brother and ending with his wife. I get it, I truly do, because I read a lot of book and I am familiarized with hurt and lost. But this type of behavior towards Gillian was not something that justified 100% his actions and many time I would be so mad at him, because I knew he can do better.

Their relationship made me laugh but also left me in a daze. If I believed at the beginning that they are different, after the first half I concluded that our heroes are so much alike, like 2 crazy and broken people trying to consume all of their grief in this lust relationship. I truly believed for a moment that they are kind of dysfunctional, and at a certain point I was OK with Gillian not seeing him again.. I wanted more romantic scenes, more sweet talks, but this book was not having it my way.

The book had its slow moments, towards the end of the book the pace was more dynamic, and left me eager to read the out-coming. I enjoyed seeing another part of Jake, only for a short period of time, because as Gillian mentioned, the “switch” was on/off and his personality changed dramatically. He was capable of so much love, of loyalty and affection, but he had to work a lot to convince me that he deserved Gillian and that he can be another person when he just lets go and takes risks.

The thing that I enjoyed was the reality fiction parallel that the author made, especially regarding the book. She described Gillian’s book being exactly as her own, I believe the appraisals for it were hers, and Gillian’s pen name was inspired from the writer’s. I was original and I liked this references a lot.

To conclude with, Turbulence was a fine read for me, but went against my ideas of relationship goals and feelings. I would of want another approach on the sentimental level, more romantic scenes were true feelings were revealed, opposed to the lust and “fights always ending up in make up sex”. A bonus for me was the epilogue, because the ending let me kind of hanging and not completely satisfied. It was short but comforting, a perfect closure for our heroes.

Regarding the Epilogue, it was short, but very intense and original. I like that Jake kept his trademark charm and irony, even in the most important moments of his life.