Before I start my review I just want to say that this is my favorite book from the series. After the incredible and heartbreaking cliffhanger we got in Opal, I was dying to get my hands on this one, because I was sure a lot of things will change in this story. And guess what? I was right..

So, we continue our adventure from exactly the point where Opal shattered out hearts. Katy was abducted my the Daedalus and nobody could do anything to save her. She was on her own now. At least their plan worked, they could rescue Beth, but this achievement was obtained with her sacrifice. All alone and with a lot crazy people trying to make her use her maximum hybrid potential, Katy is facing a serious situation that doesn’t seem to have a happy ending. She was pushed in every direction possible and had no choice but to defend herself, even if it means doing things she doesn’t want to do. 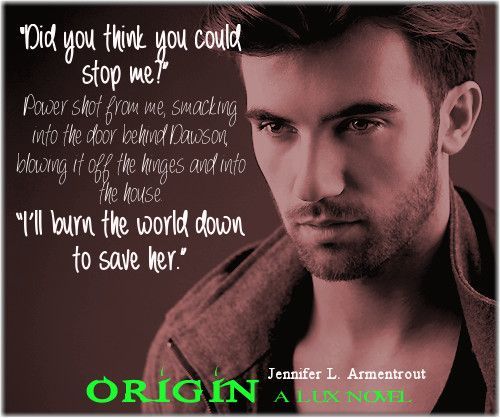 In the mean time, Daemon is literally going crazy knowing Katy is out there, maybe hurt, maybe dead and he can’t do a thing to help her. But of course, once you threaten the love of his life, you have to be prepared for a massive surprise, because he is willing to do ANYTHING to get Katy back alive and well. So, he makes a deal with the Daedalus and offers them his healing services, becoming exactly like Dawson. Only, they will learn not to trust this twisted people..

This book was intense from page one until last. I don’t think there was a single paragraph in this book that I didn’t enjoy.
Katy proved me once more how though she is and how loyal she can be to the people she loves. Besides that, I believe that in this book she was challenged the most, emotionally and physically. Her experience with the Daedalus will mark her, but it was also intended in making her stronger. Considering all that she lost in this book, I believe that she is literally ready to face anything.

Daemon was amazing as usual, and I really wanted to see how he would react when Katy was abducted. I thought that he will kill them all, burn all the planet to get her back. You just simply can’t mess with him and expect a calm answer. He was willing to sacrifice everything for Katy and because of this my admiration for him as a hero grew exponentially. I got to see a very balanced Daemon in this book, with a soft and vulnerable side. We all know that Katy was his weak spot, but I just didn’t know the extend of his love for her until reading this book and being blow away by its intensity.

The plot was magnificent and it never ceased to surprise me. We are introduced to new characters that will have a significant role in the story, and old characters will have their fair share of action. Speaking of old friend, you are in for a surprise when Blake is concerned and please tell me if you were as confused as me regarding his fate.
Nothing like the previous books was at intense and straight forward as in Original. Everything was different now, more darker, more complex and I could feel that Jennifer had a blast writing it, because you could read her talent and dedication.

So, there you have it, a full and complex book, with all the elements you may possibly need: earth shattering love, loyalty, adventure, twist and breathtaking moments that will not let you put the book down until the very end. And when you put it down, you will want to start the next one, because guess what? The ending will drive you crazy:)