Samantha Young is one on my favorite writers. Period!! Since falling irrevocably in love with her Dublin Series, I’ve read every one of her books and could relate so much to many aspects she presented there. Family, friendship, loyalty are only a few of her trademark elements and for that I will always love her stories.

After saying goodbye to my favorite people from the Dublin Series, we were presented with another beautiful family and environment, this time having another background. If you thought Scotland was beautiful, wait until you discover Hart’s Boardwalk.

This is the second book from the series and even if I enjoyed Jessica and Cooper together, I had a feeling that Bailey and Vaughn were going to be epic. And my intuition was right. They were amazing and I am very excited to tell you my opinion about it, since I love enemies turning to lovers stories. I believe there is a lot of sexual tension being accumulated and I enjoy reading the way they manage to be together in the end.

As you all know from the first book, Bailey is Jessica’s best friend, a wonderful girl that fights with everything she has for the people she loves. She has a beautiful inn on the boardwalk, and although the place is crowded with hotels, her inn is special because of the vintage aspect and homey atmosphere it providers for the people staying there. Bailey had a boyfriend for about 10 years and when he cheated on her, her life is totally unbalanced, having her in a confuse situation. Spending all that time with only one person, managed to make her feel safe and not vulnerable. The passion, traditional butterflies were gone, but she was in her safe place. Now alone, she has to figure out her priorities and what does she want from a relationship. She is very protective over her friends, almost being like the mother hen, but deep inside she was waiting for someone to take care of her, but to make her surrender and just.. live:)

Vaughn.. First, I would like to say that I’ve imagined so many heroes as Matt Bomer that I think all of them should have his face:) But, sincerely speaking, for Vaughn there is impossible to picture somebody else besides Matt to portrait him. Now that I had this cleared, we can move on:) So, he is a talented and wealthy business man, owns a hotel on the boardwalk and is Bailey’s mortal enemy. With the traditional “stick upon his ass” and tailored suit, Vaughn only knows how to work and dedicate himself to his job. He doesn’t know how to loosen up, to live a normal life, to have fun, to be in a serious relationship. He has background issues in this category that made him swear off long term relationships, but the moment he meets Bailey, it is like BANG! All his walls came tumbling down and he began to fell in love with her, despite putting on a serios face and being rude to her 24/7. That was his way of keeping her at a safe distance, for the sake of both of them.

As you’ve seen in the first book, Bailey and Vaughn are enemies, but the only persons that don’t acknowledge how good they are for each other are only them. Everyone around seem to see that. When they meet they are explosive, but they manage to keep their true feelings at bay. Vaughn is ironic, Bailey is rude, but they will shortly discover how alike they are. I enjoyed so much their chemistry, like this volcano that couldn’t erupt and when it had the opportunity it created a catastrophe.  Their scenes were so intense, so passionate, so well written that only leaves you thinking: ” It was about time…” 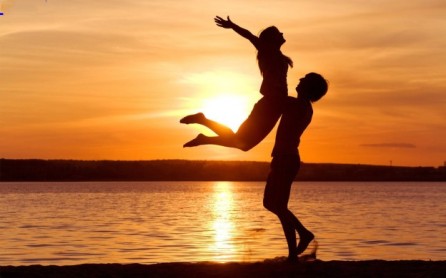 I enjoyed seeing another side of Vaughn, one that was more relax, more vulnerable, more mundane. I liked that he was human after all, with fears, insecurities but also with a lot of qualities. Even if it took a while for him to realise, once he knew that Bailey was the one, the pursuing and way he got to her heart were amazing. I sincerely crushed hard on this man and I think pairing him with Bailey was a wonderful idea. I also loved Bailey as a heroine, mainly because I wanted to have her sincerity and with, alongside with that temper of her. I liked the way she reacted to Vaughn and the way the calculated and balanced Bailey was gone when he was near. I truly admire her for the hard work she put on running her own business, being independent and sticking up to her believes. What an amazing pair this guys do:)

As usual, Samantha introduced us to a big family that keeps on expanding, and I know for sure there will be a lot of surprises in stored for us. The plot was very dynamic, the scenes were incredibly well written, with humor, love, irony and suspense. I loved the way it evolved, the way a lot of aspects from the first book were presented, making this story almost like a standalone, with its own personality.

For me, this is a 5 star read, and looking forward to meeting Jack and Emery because I am sooo curious about what surprises Jack has for us. I am sure that he hides something, and I truly want an explanation regarding his behaviour. And besides that, it will be interesting to see how he will make Emery get out of her shell.

2 thoughts on “Every Little Thing by Samantha Young”