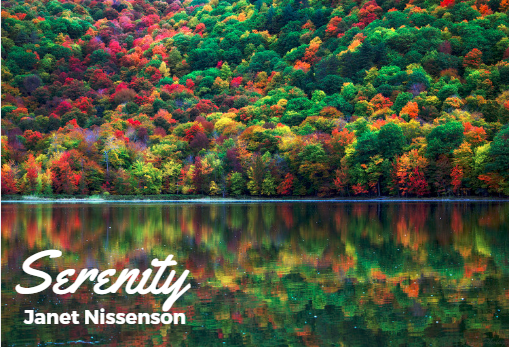 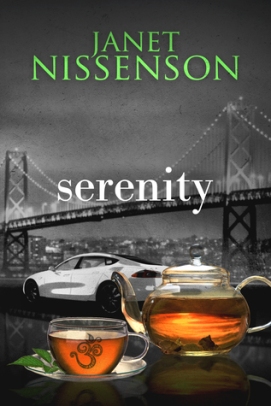 I had a feeling that 2017 in books was going to be epic for me. I’ve started the year with a lot of good stories and things are getting better and better. When I heard that Janet will release Serenity I was super excited and wanted so much to read about her new characters, but also rejoice on the idea of rekindling with the old ones (especially Ian :D, yes, I will always have a soft spot for him).

So, here it goes. Sasha and Matthew are our couple from this book, 2 people that will feel an instant connection, but due to some circumstances, they will give into their feelings after various torturing chapters..

Matthew has 2 kids and lives an unhappy marriage. He knows that his wife has been cheating on him for a couple of years, but not wanting to upset his kids, he doesn’t reveal that information to them. He wants a divorce, but of course his wife won’t make life easy for him. The perks of being a multimillionaire is that you have everything you need, money, business, luxury cars and expensive trips, but what Matthew didn’t have was love and fidelity. Until he meets Tessa’s friend, Sasha, a yoga instructor and the kindest woman on the planet.

Sasha was very different from other heroines that I’ve read about.”Serenity” is exactly the adjective that fits her perfectly and praises to Janet for choosing this word to represent both her and our beloved couple. Matthew will become Sasha’s friend, will begin to attend her massage sessions and slowly this will grow into something else.

I loved the dynamics of this couple. Matthew needed Sasha in his life badly. After all the years of infidelity and only hard work, he found someone who wanted to take care of him, love him unconditionally and make him feel appreciated. He is exactly like Sasha, he wants only to give, not take. He is selfless and her happiness was his as well. He is a loving father, that will do anything for his kids and this further on will be his weakness. His relationship with his son, Casey, really made me swoon and wanted all the kids to have a father like that 🙂

I loved Sasha so much. I loved her in connection with Matthew but also in connection with Tessa and Julia, that made various appearances in the book. She was like a breath of fresh air, something different but so great for the book. She was so understanding, so kind and an example of trust. I came to think of her as being unreal, because all this qualities are very hard to find in a woman. She will teach Matthew how to start all over as a new man, living and feeling completely different than before. Of course she will also have her vulnerable moments, but at the end of the day, her love for Matthew will be greater than any insecurity she may have.

The book was exactly what I needed. The perfect mixture of great story and characters, with a plot that kept me intrigued. If I am not mistaken, Janet created her most hated villain. Lindsay was bitchy, gruesome, mean, revengeful, a lousy mother and wife, who cared only about her and her appearance. Being rich meant everything to her and when Matthew finally woke up and filled up for divorce, she was so twisted and sick and did everything in her power to prevent that from happening. I hated her so much and counted the pages until she could be punished as she deserves. The ending was quite satisfying for me and I continue to believe that she deserves MUCH more.

I totally recommend this book because it had a bit of everything. Janet’s penmanship is amazing and I liked the way she combined the 3rd person POV with the descriptions and the dialogues, providing every bit of information and details that the reader would want.I hope you will enjoy it as much as I did.