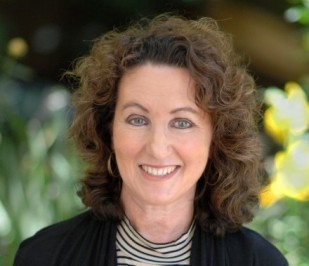 This interview is about an author that I have encounter by accident when looking for my next read, but managed to have an huge impact over me. Her penmanship is extremely detailed and accurate and I loved all the situations in which she puts her characters. Being an incurable romantic like myself, I could not swoon and not be delighted about every adventure and story. So don’t forget, Janet Nissenson is the next best thing when it comes to Romance 🙂 If you haven’t read her book, you have fix the situation a.s.a.p. !!

Ramona: To start with, please share something about yourself with the readers.

Janet: My husband and I live on the northern California coast, and I have lived in the San Francisco area my entire life.  We have an adult daughter, and are hoping to welcome our first grandchild sometime within the next year.  I used to be a long distance runner but had to stop when one of my knees gave out, so now I enjoy hiking, cycling, and lots of yoga.

Ramona: Why did you make this change in your career? There is a long way to go from Financial industry to writing books.

Janet: I left the financial services industry after more than two decades because of the working conditions and lack of advancement opportunity.  Writing a book was something I had wanted to do for many years, so when self-publishing became available I used the opportunity to finally write that first book.

Ramona: What do you love most about writing?

Janet: I love being able to create the characters, and at times put them into situations or events that I myself would like to experience.

Ramona: What keeps you busy besides your books?

Janet: Many things, in particular walking my dog (a very active 8-year-old Golden Retriever), exercising (in particular my yoga classes to which I am very devoted), spending time with my family, doing volunteer work for my running club, and reading.  We also like to do a lot of traveling, and take frequent road trips with our dog Max.

Ramona: What is your biggest dream when referring to writing and publishing.

Janet: My biggest dream in regards to writing and publishing is for my books to reach a much larger audience.  Landing a publishing contract is not necessarily something I aspire to, largely because then you are under the control of the publisher as to when your books can be released, how long the books are, etc.  But I would gladly agree to working with a publisher if it meant increasing my presence in the book world.

Ramona: Do you admire Contemporary Romance writers? Which ones?

Janet: Yes, I have great admiration for a number of Contemporary Romance writers.  My current favorites are Nina Lane, Sylvain Reynard, Sylvia Day, Emma Chase, and Christina Lauren.  And the writers that have been around for decades whose work I have always admired include Sandra Brown, Barbara Delinsky, Linda Howard, and Judith McNaught.

Ramona: Do you want to try another genre besides Romance?

Janet: I don’t have any plans to write anything besides romance, and particularly contemporary romance.  I think it takes a very intricate imagination to do paranormal romance really well, and I’m not especially interested in other romance genres like historical or suspense.

Ramona: What was the most difficult and easy book to write?

Janet: The most difficult of the books to write was Shattered, because not only was it dark and often depressing but both the hero and heroine were deeply flawed and often unlikeable people.  The easiest of the books was the entire Splendor trilogy, because I absolutely adore the hero and heroine from those books and could write about them endlessly.

Ramona: Where do you find your inspiration?

Janet: I find my inspiration from my very active imagination.  When I’m plotting out my books, I like to do very in-depth character outlines and create a back story for them.  I’ve also been known to have conversations with myself in the car or while walking the dog to enact a scene from a book, then quickly try to write it down before I forget it all.

Ramona: To what hero and heroine from your books do you relate the most? As a personal note, I love Ian and consider him one of the best book boyfriends ever..I was soooo impressed by him and his qualities and his relationship with Tessa was mind blowing..

Janet: As far as the heroine goes, I can probably relate the most to Angela, the heroine in Shattered.  She and I have several things in common – running, working in financial services, coming from a large Italian family.  Other than that, however, our lives are not very similar.  And the hero I have always felt closest to is Ian, just because I’m half in love with the character I created!

Ramona: Weren’t you a little nervous when introducing Julia and Nate as a couple that met while Nate was engaged to be married?  Here my point is that a lot of people tend to judge this relationship and imply that there was cheating involved, but I know the book by heart and as I mentioned in my review, in their situation there was no cheating, considering that Nate was not in love with his fiancée. I am just curios to hear your thought about this cliché ideas that a lot of readers have.

Janet: When I first wrote Julia and Nathan’s story, I honestly didn’t think I would receive as much backlash as I did about the cheating aspect.  I grew up reading mostly historical romances because that is what was largely available in the market at the time, and the heroes often cheated on the heroine or had a mistress on the side.  I also used to watch a lot of soap operas, where the characters frequently cheated on each other, had multiple marriages, etc.  All that being said, I tried to make Serendipity not so much about the hero cheating on his fiance, but rather feeling this overwhelming attraction to this beautiful stranger he meets unexpectedly.  However, if I had to write that  book all over again, I would definitely find a way around the cheating aspect as I received a lot of negative feedback/reviews about it.

Ramona: How do you choose the title for each book?  I am asking you this because they are so representative for the story and I can feel how important it is for a writer to get it right in that area.

Janet: I like to keep the titles of my books simple and straightforward, so one word titles are preferable.  And with each of the two series I’ve written I wanted to keep a continuity with the books and give them similar titles.  So all of the books in the Inevitable series begin with the letter S, and the books in the Splendor trilogy all begin with the letter C.  The actual name of the book has to do with the overall plot, and I try to work in the book’s name into the dialog several times.

Ramona: Tell us something about your next book, Serenity.

Janet: Serenity is an overall sweeter, softer, and more emotional book than some of the others.  It isn’t as sexy and steamy as Serendipity and Splendor were, and not dark like Shattered was.  The hero in Serenity – Matthew – is not as confident or alpha as the heroes in the other books, and even calls himself a nerd at several points in the book.  And he’s the one who is actually going through something of an emotional crisis this time around, leaving the heroine – Sasha – to comfort and guide him through and be the strong one in their relationship.  It’s a little bit of a switch-up in their roles.  Overall, though, I think it’s a lovely book, with two wonderful main characters who at first don’t seem like they fit together but in the end are exactly what the other needs.

Ramona: Finally, a message for the readers that love your work.

Jsnet: I want to thank all of the wonderful readers, reviewers, and bloggers who have supported my work for the last three and a half years.  There were a number of times I was tempted to stop writing, either due to lack of reviews/interest, or when I received a really horrible review.  But all it would take is a lovely message from a reader telling me how much they enjoyed my books, or a new five star rating to keep me going.  I appreciate each and every one of you!

You can read more about Janet by accesing her profiles below:

One thought on “We Love… Janet Nissenson”