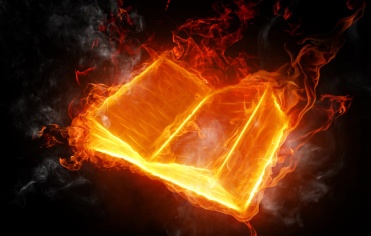 I swear to God.. If I would have read “My Seth” one more time, I would have hurt someone, mainly Alex!!!!!! “Apollyon” took the series to a whole other level, darker and stronger and you just have a difficult time figuring out your favorite book from the series. It is a very hard task because all of them are amazing and beautifully written, with major events going on and with characters evolving each chapter.

As the title spoils, Alex is the Apollyon now, connected entirely and irevocably with Seth. The first part of the book was extremely annoying and again, I wanted to punch her in the face for being so blind and stupid!! I had faith that the real Alex will come back to us and Aiden, because Jennifer doesn’t have the heart to torment us long. Things settle at a certain point, but after that everything comes back around and the adventure continues, only this time stronger and more intense. A lot of things will be put together and our team will figure out that they have a greater enemy, with a higher purpose and more dangerous than the “Seth and Lucian” duo.

“Intense” is the word to describe this book. The events had a more meaningful impact on the readers, the feelings were raw and the way it was transferred to us was overwhelming. There were a lot of parts in the book which I’ve read without breathing. How does Jennifer does it, I don’t know…. But not only without breathing, I was fascinated by the style and the emotion I’ve felt:)

Speaking of intense, this word can be used to describe Aiden and Alex, because I love them and I know they will stick with me a long time from now on. They took their relationship to a whole different level, and sincerely, I don’t think that “love” is enough to make a proper characterization. What they have is above love and connection, they were amazing and so bonded by a feeling that can’t be described in words. Aiden will be 100% on display now, his feelings out in the open and willing to sacrifice everything for the one he loves. Alex, on the other hand, feels the same, but she will do some mistakes because she is overly protective and such a martyr sometimes. She blames her so much for the hurt or loss of her loved ones, but she will learn to live the moment and fight for everything she believes in.

I don’t think that I could ever get tired of writing about this series because it is definitely one of the best I’ve read so far.. not only this year, but from always:) I also bought them paperbacks because I just have to get them shinning on my bookshelves. Everything is amazing and dynamic, very well researched and connected. Not all is exposed because Jennifer is giving you pieces to put together, but the outcome is FANTASTIC. I am truly fascinated. Love it:)