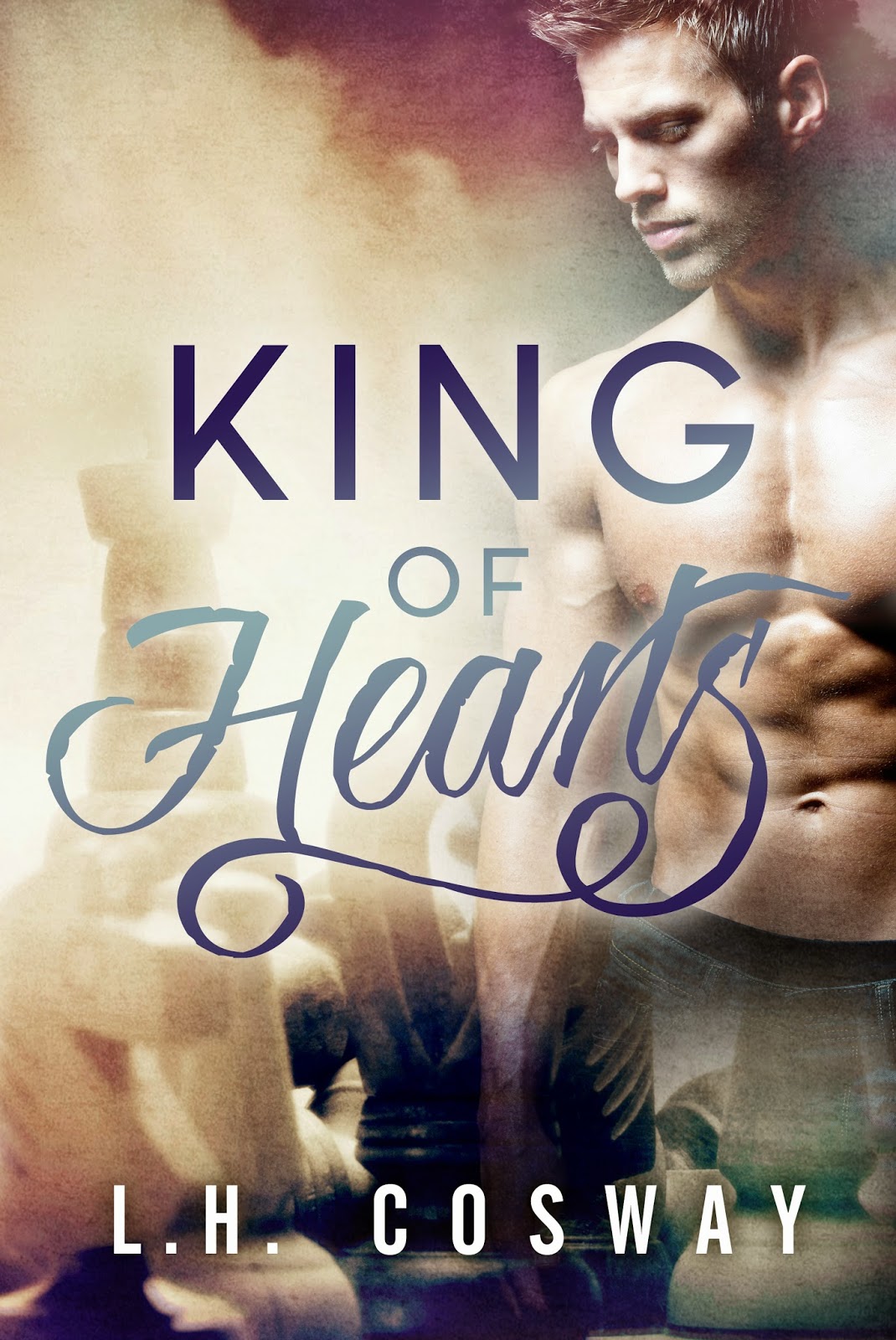 After reading Six of Hearts I became a devoted fan and caught interest in the series. My luck was that at that time the first 3 book were already released, so I read them without breaking. Which one managed to make me fall in love with it? This one did!!

It was breathtaking and I went through so many fazes emotionally speaking, that after finishing it I was in a book hangover for one week!! Believe me, this thing rarely happens to me, because I can shake myself off rapidly and begin another book, but this time King of Hearts had other plans in stored for me.

Here we get to meet Oliver King and Alexis Clark, a beautiful yes tormented couple who managed to find each other despite having everything against them. Their first meeting was during Alexis interview as Oliver’s assistant. Oliver was there alongside his staff, in search for the most qualified person for job. Alexis was mind blowing from minute 1, despite being surrounded by serious and intimidating people.

“Well, then, Mr King, if I do get chosen for the position, I’ll have to prove to you that my looks pale in comparison to what my brain can achieve.”

She gets the job and they begin a fascinating push and pull office relationship. I loved Alexis. She is so independent, strong, sassy and not afraid to speak her mind. The thing I liked the most is how comfortable she is with her body, being a plus size model. I appreciated Cosway’s message in making women more aware of their psychical appearances and loving what they see in the mirror.

This determined and strong character, beside her obvious beauty, caught Oliver’s attention. As her boss, a relationship is not very wise, but he can’t really help not falling deep for her. Alexis was like a breath of fresh air for Oliver, who was a total workaholic and devoted 100% to his company. Alexis reminded him how to love again, how to trust somebody with his demons and believe that he could have a serious relationship, based on love, not only sex.

” I begin to want things that I shouldn’t. He paused to give me a smouldering look. Touching you today, being close to you, has been more arousing than anything else I can remember”

Their relationship was so intense and consuming, and meant powerful things for both of them, especially for Oliver, who was able to love completely and feeling right about it.
Throughout the book they evolve in such complex characters and without repeating myself, I consider Alexis one of the strongest female characters read in a while. The way she finds the strength to fight for the love of her life is amazing. Obviously she was her moments of weakness, but overall she was great and I admire her for that.

Oliver was a very tormented hero for me, who tried to make things better but in the end unfortunately love was not enough to fix his wounds. I’m also glad he had somebody to stand by his side and show him the right path, because he truly deserves to be happy and let the past behind.

The book is divided in 2 parts. I swooned at the first one and cried at the second one. You get to see a then and now of their story and it will leave you heartbroken and happy in the same time. I know this is confusing but believe me this book does strange things to your feelings. The second part will unravel you completely and the book will be devoured without breathing, hoping that Oliver and Alexis will get their happy ending, because they deserve it without any doubt.

This series is so complex and beautiful.. Standing ovation to the author for creating such amazing characters and placing them in such complex situations. My heart really aches right now because I know that pain is inevitable, but the happiness that you feel when surpassing it is outstanding.